Early in January 1947 a small group of Pickmere residents met at Lake House, courtesy of Mrs Cheetham, and formed a Provisional Committee “with a view to the inauguration of a Youth Movement and Social Welfare.”

This was felt necessary because the “Parish Meetings” held under the chairmanship of Mr T Booth had ceased to function years ago. 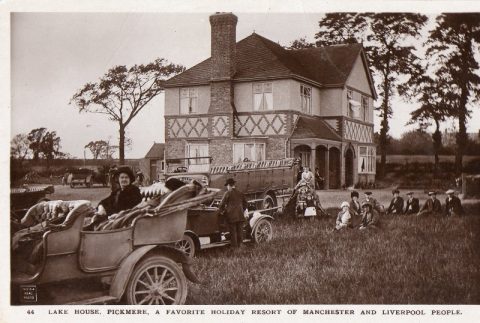 After several meetings at Lake House a General Meeting was held on the 29th January 1947 in a room at the Red Lion Hotel, which was kindly provided by Mrs Nash. 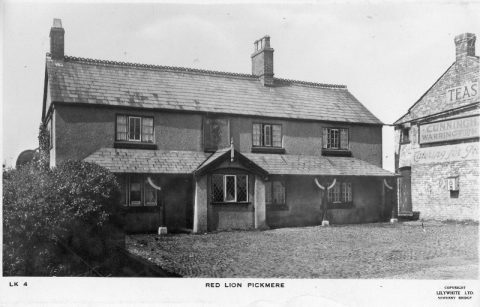 The reason for the change in venue was the anticipated numbers expected to attend.

The only names referred to in the official Parish Council record of that meeting are the Rev. L Brasnett, the Vicar of Great Budworth, who “kindly attended” and Mr. L Whalley the Councillor for Pickmere. Obviously these gentlemen or their offices were held in high esteem at that time.

It was suggested at that meeting that the “Village of Pickmere should be represented by a Parish Council” and Mr. Whalley was asked to put this suggestion to Bucklow Rural District Council who administered our village’s affairs.

He did this and a good deal of correspondence took place between Bucklow Rural District Council and Cheshire County Council before authority was given.

Posters were printed and circulated asking for nominations for councillors and a Parish Meeting was held on the 5th June 1947 under the chairmanship of Mr.W.C. Walker the Clerk of Bucklow Rural District Council to consider and vote for the nominees, whose names are as follows: –

The eight councillors who were elected are shown below with the number of votes cast against each name. Mr. Heath withdrew his nomination before the election.

The first meeting of the newly formed council was on the 12th June 1947 in “The Village Institute”, which is now our Village Hall. You will find the formation record here, a newspaper article here, and the first meeting minutes here

Mrs. Davies, now referred to as Nurse Davies, was unanimously elected as Chairman and after some considerable discussion it was decided to elect the Clerk to the Council ,from the new councillors. Mr. John Thow was offered the position and he accepted. 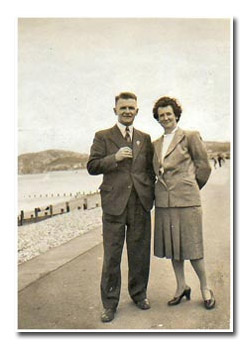 John Thow, the first Clerk to the Council pictured here with his wife in 1947

The only other business discussed at that meeting was the inadequacy of the bus service into Northwich “which it is claimed leaves far too little time for the housewives to perform their shopping efficiently-especially in these times of Rationing and Food Queues, – and be at the Bus Station in time for the next “Northwich to Manchester Service Bus” back home.”

The Clerk was asked to write a letter to the North Western Road Car Company.

Later minutes of the Parish Council reveal that the North Western Road Car Company agreed to submit an application to the Traffic Commissioners for additional local buses with a view to running them on a trial basis to assess demand. This application was granted and additional buses provided.

It is obvious from the minutes that buses were very important to the community of the time and were well used. One item up for discussion referred to the ” Lack of Control of large queues waiting for for Buses for long periods on Sunday evenings and the inconvenience to Residents who worship at the Chapel and have to pass through the crowds or walk round into the roadway on their way home.”

How times have changed!!!!